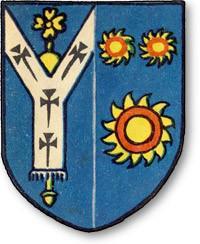 Prayer of St Edmund of Abingdon

Lord, into your hands and into the hands of your holy angels, I entrust this day my life, my relatives, my benefactors, my friends and my enemies, and all your people.

Enlighten my heart with the grace of your Holy Spirit; grant that I may ever be obedient to your commandments, never let me be separated from you, who live and reign with the Father and the Holy Spirit, God, for ever and ever.